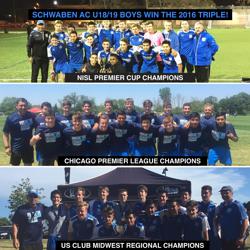 Schwaben AC is very proud and send congratulations to the U18/19 Boys team for staying together through the years and winning every 2016 competition in their age group - The Triple Crown!

This is a great result of Schwaben player development plan, a gradual- gradual process from a young age with a focus on development over winning. Winning is a by-product of development and can be seen with the U18/19 Boys Nationals team.

The core of the team has been together since U10 with some joining Schwaben as young as U8 and did not always have winning seasons and suffered a lot of defeats but kept their focus on hard work and effort.

We would like to thank the parents and players for their loyalty to their club and team throughout a decade's time.

We would like to thank Keenan Pryor, the Strength and Conditioning Coach, for his dedication and making physically demanding sessions fun for the boys and keeping them in top form. He helped prepare them for the taxing spring season.

We would like to thank assistant coach John Gavrila for his invaluable help, time spend throughout the season, and during every tournament.

To All Our Members 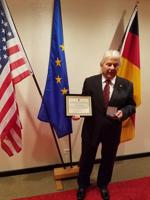 We have some sad news.

Armin Homann, our member for 56  years, friend and team mate, passed away suddenly. Armin came to the Schwaben AC from Germany in 1960 and played soccer with the AC until his retirement as a player. He also played professionally in New York for two years, played many times for the Chicago All Stars and US Select Teams.

He came to this country with only his soccer ability, but became an entrepreneur at a young age. He opened a record store, started a radio program and his own travel business. He had an indomitable spirit and was one of the pillars of the German Community. For his efforts in the German Community, he received the Bundes Verdienst Kreuz from the German Republic.
We shared many, many memories together and we will miss him dearly. Our deepest condolences go out to his children and extended family.

Ed is the recipient of numerous awards and recognitions.  He has received appreciation awards from both the NISOA and NAIA."

Schwaben would liket to give a warm welcome to Razvan Brumar. Razvan was born and raised in Romania where he played from 1992-1996 during college for Gaz Metan Medias, Minaur Zlatna and Soimii Sibiu. Razan played professionally in Romania at FC INTER SIBIU as well as 2nd and 3rd Divisions.

His coaching career in the US began at River Forest Rapids for the U8-U14 boys and girls teams starting in 2006 and he was most recently coaching U13 boys teams at Chicago Edge SC. 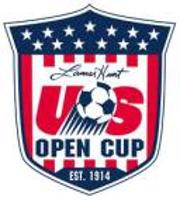 "When Schwaben AC of Buffalo Grove, Ill. last competed in the Lamar Hunt U.S. Open Cup, the Summer Olympic Games were hosted in Tokyo, Lyndon Baines Johnson was president and a British band called The Beatles were making waves on this side of the Atlantic with their first appearance on the Ed Sullivan Show.

That was 1964, and after a 50-year absence from the competition, Schwaben AC are back for the 2014 edition. They qualified through the U.S. Adult Soccer Association (USASA) Region II Open Cup competition, winning games against FC Indiana and in-state rivals A.A.C Eagles to progress."

No articles found based on your tag selection.